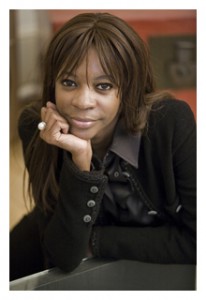 Lately, I’ve been thinking a lot about Dambisa Moyo, and her ideas about aid. For those who don’t recognize the name, here’s your capsule summary: She’s Oxford and Harvard educated, and a former economist at Goldman Sachs. She just published a book called “Dead Aid,” in which she states that aid is causing Africa’s problems, not alleviating them. She’s getting a lot of media attention – they call her the anti-Bono.

Now I will tell you that I have not actually read Dead Aid. I don’t get review copies of books, so my copy is still making its way to Dushanbe so I can read it.  But, I have read six interviews with her, two op-eds she wrote, an excerpt from the book, and seven different reviews of Dead Aid. We can assume I’ve got the general thrust of her ideas.

And this is what I finally figured out: international aid needs criticism, and it needs skeptics. Without critical thought, we blunder around, destructive and embarrassing. But Dambisa Moyo is not providing the insight we need.

People seem to be assuming Moyo knows about foreign aid because she’s from Africa. They tell us repeatedly that she has “skin in the game,” or that African voices need to be heard. And that is true. But there are plenty of Africans who are well-versed in international aid, and have things to say. Why have we chosen Dambisa Moyo to be the spokesperson for aid to Africa?

Aid is not what Moyo is educated in, and it’s not what she’s worked on. We wouldn’t assume Duncan Green could run a hedge fund because he’s an NGO bigshot, or ask Owen Barder to take over a failing bank.

So why do we leap to assume a banker will understand aid? It strikes me as a form of condescension, or even racism, to assume she knows all about poverty alleviation because she’s African. (And Bill Easterly agrees with me.) Moyo’s degrees are in chemistry, finance, and economics. If she wrote a book about African government and private sector spending, or oversaw a major bond issue, I’d sit up and pay attention. I look forward to her next book, about the policy errors Western governments made that led to the financial crisis. That is a book she is more than qualified to write. But she’s not especially qualified to write about aid, unless you count being born in Africa or being an expert in the private sector as a qualification.

Her definition of aid

Moyo states that when she discusses aid, she’s not talking about humanitarian or emergency aid, “charity-based aid, given to specific organisations and people on the ground, in order to achieve specific things,” or locally-purchased food aid. She is objecting to is budget support. Her book ought to be titled “Dead Budget Supplements,” but that is a much less exciting title. Her argument may be targeted, but that’s not how her book is being read. By choosing to frame it in broad terms – or allowing it to be framed as such – she’s creating a movement against programs she herself supports, like the distribution of anti-retrovirals, that really are aid.

She attacks the World Bank for making loans that were contingent on free-market policies being adopted. Yet she is in favor of the free market, and argues that it will lift Africa out of poverty. Why then is she opposed to the World Bank’s support of it? She doesn’t make a case anywhere for why bond-financing is better than loans from international financial institutions. Both serve as cash infusions to possibly corrupt governments, after all.

Over and over, Moyo makes causal claims without explanation or data to back them up. She argues that, somehow, the problem with Africa is “pity.” Aid doesn’t work in Africa because people feel sorry for Africans, but she doesn’t explain how that effect happens. She says that aid increases the risk of civil unrest, again without explaining how it does so.

She does say many things I agree with

I am critical – very critical – of international aid. It’s hard to get it right; there are difficult choices to make, and bad aid can do harm. That’s what this blog is all about. But it can be done right, and it needs to be done right. Done well, it will save lives and improve our collective future. We should focus our energy on learning to provide aid in a way that works.