A number of email subscribers let me know they can’t see the links in new posts. So, for you email folks: sign up for the newsletter at https://www.patreon.com/IDCL

Sorry for the extra email!

A few years back, I wrote a newsletter and I loved it. It was dedicated entirely to helping people find and keep jobs in the international development sector. It was priced affordably so I knew that no one would be shut out for cost, and I updated it weekly. Sometimes more. I stopped running it when I got a job with USAID, because I didn’t think a government employee should be doing that.

But I’m not a government employee any more. I’ve been a coach and consultant for years. So, we’re back, via Patreon. If you sign up to be a patron, you get access to the careers list. Simple as that. There is some other stuff at the higher tiers that people may or may not actually want. But the simplest $3/month subscription gets you the whole newsletter. Updated weekly, sometimes more. Submit your questions through the Patreon comments, and I’ll answer in the order they come in.

I’m very excited about this. Come join me!

I’m just putting this up here to apologize to anyone who still gets email notifications. One of the old user accounts got hacked and posted a bunch of garbage. I’ve deleted all the spam, and the account. I really apologize.

For those of you still on the email update list – I don’t blog at Blood and Milk anymore. I’m really proud of my writing here, and I maintain the website as a resource, but I seem to be done with my active writing. I’m blogging at This World Needs Brave on how to be a decent human being in a messed-up world. It’s not international development focused, but you might be interested. You can also always email me at alanna@needsbrave.com 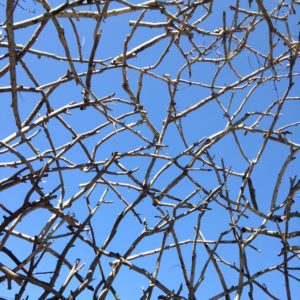 It’s well known at this point that the United Nations brought cholera to Haiti. The worst cholera outbreak in recent global health records, in a country that hadn’t seen cholera in its recorded history. 9700 people died. The UN then spent six years attempting to avoid admitting to its role in the transmission. Finally, molecular epidemiology traced the outbreak to a detachment of peacekeeping forces recently arrived from Nepal. Due to their improper disposal of human waste – they dumped it in a river without appropriate treatment – it took just four days after their arrival for the first case of cholera to occur.

Cholera is now endemic in Haiti, with an average of 30,000 cases per year since 2010. This is a substantial increase over the average number of reported cases from 1910-2010, which was zero. Hurricane Matthew has pushed outbreak levels even higher.

In December 2016, the UN finally came clean. It released a 16-page report that concluded, “the preponderance of the evidence does lead to the conclusion that personnel associated with the [UN’s peacekeeping] facility were the most likely source.” Secretary General Ban Ki Moon then personally apologized to the people of Haiti, in three languages, “We apologize to the Haitian people. We simply did not do enough with regard to the cholera outbreak and spread in Haiti. We are profoundly sorry for our role.”

The report also outlined a new approach to fighting cholera in Haiti based on global best practices. It called for a $400 million plan to reduce the incidence of cholera in Haiti and establishing a fund to support people who had suffered as a result of the cholera epidemic. Global Health experts praised the plan, as did human rights activists.

Now, three months later, the fatal flaw in this redress effort becomes apparent. Despite the handsome apology, the UN continues to disclaim any legal responsibility for the cholera outbreak. As a result, victims can’t sue for compensation. And the fund to support victims hasn’t materialized. Neither has the grand new approach in improving cholera surveillance and treatment.

Why? There’s no money for it. There never was. The United Nations funds this kind of emergency activity by issuing a funding appeal that calls for targeted donations from UN member states. They issued a $400 million appeal for cholera in Haiti and established a multi-donor trust fund to administer the money, with the intention of splitting the funding 50/50 between the efforts to fight cholera and the support fund.

Thus far, the appeal has raised $8 million, primarily from France and South Korea. That’s 2% of its funding goal. UN officials in Haiti are now quietly trying to lower everyone’s expectations. Victims of the epidemic will have to continue struggling on their own, or with a tiny amount of additional support. David Nabarro, the UN advisor tasked with raising money for the fund, has said that “I have never found it so hard to raise money for an issue as I am finding it to raise money for this.”

The reason for the fundraising failure is unknown, but its consequences are clear. Cholera will remain endemic to Haiti.

The UN harmed Haiti once, and then turned away, indifferent. That indifference, it seems, has spread to the international community. Given the chance to support justice for cholera victims and break the hold of cholera on the nation, donor countries have instead turned away.

This isn’t just a compassion problem. It’s also a systems problem. Having to hold an appeal every time its wants to implement a major activity is no way to run a functioning international organization. If we want the UN to be able to do real work, it needs a real budget. The fact we’ve chosen not to provide one is a telling statement about how the world views the UN.

I know I said I would be updating here, and I’m not back to writing Blood and Milk full time. You’ll still find most of my content at This World Needs Brave. It turns out, though, that this blog is a hard habit to break. 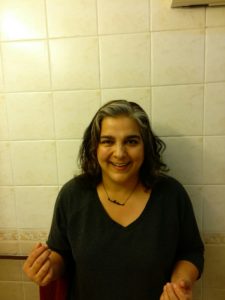 I’m not longer updating Blood & Milk, but you may like my writing on international development over at This World Needs Brave. This week I’ve written about climate change jargon, and how to help after Hurricane Matthew. I also have a post coming up later today about Transparency and who it’s really for which I’m pretty excited about.

Blood and Milk readers, you might like my most recent post at This World Needs Brave, in which I go for a bit about poverty and terrorism. 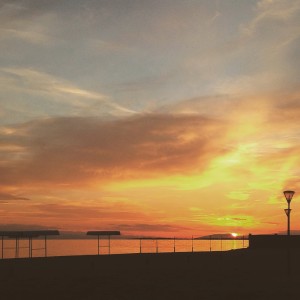 I love this blog and I always will; it’s some of my best work. For a long time I thought I’d start writing here again. I actually reorganized my whole life to give myself time to write. I shifted from full time work to independent consulting and coaching so I wouldn’t have to worry about employer approval of my work. As a bonus, I now live in Cairo, a city with a thousand inspirations to write.

It turns out that I still want to write, but not here. This blog is the story of me facing a particular situation; the transition from entry-level development work into jobs with real responsibility. When you stop being a serf and start being able to shape things, you need to think very hard about your impact. This blog is where I did that thinking. It’s me, growing up, as a development professional. It’s where I identified what I believe to be true about good development work.

I’m still thinking. But when I face a challenge now, I know what to do. I don’t have answers, but I know how to attack a problem. My outrage has been (mostly) transfigured into motivation. I don’t need to think through the kinds of problems I used to, because I have done that thinking and it’s part of me now.

Here at Blood and Milk, I figured out what I know. My next step is how to apply it: This World Needs Brave. I’m thinking now about how to be a decent person in a broken world. How to be brave enough to make things better. If I have figured out that you can’t run a decent health project without buy-in from nurses, how do I go about using that knowledge in my work? When do I speak up? And how? It’s a mixture of coaching and career advice and me trying to learn from the many, many mistakes I’ve made. It’s about finding my brave and helping other people find theirs.

I won’t be taking down Blood and Milk. People still find it useful, and I’m happy to pay the hosting fees. But if you have liked Blood and Milk, you might like this new thing, too. Please take a look.

I’ll finish with a quote from the new blog:

“Our systems are too damaged to function without exceptional people. So it’s time to become exceptional. To do jobs that matter, to do them better, to leverage our time and our money and our willingness to make a lot of fucking noise in an attempt to force this broken world to turn out just a little bit better.”