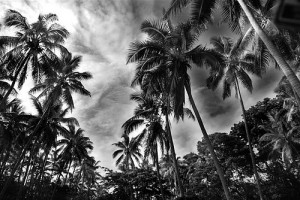 If there is one question I get asked most often by people who don’t work in international development, it’s what can I do beyond just giving money?

First of all, there is no “just” about giving money. Money is the lifeblood of international development. We can’t run programs without money. And improving international trade and supporting economies in the developing world – also all about money. So we could stop right here. Giving money is fantastic.

I suspect that people want to do something other than donate for three reasons. First, they may just not have money — which is unarguable. Second, they may have money and don’t trust NGOs. Third, they may want to feel a personal connection to what they are doing.

If you don’t want to give your money because you can’t afford it, or you don’t trust people to use your money well, I would suggest connecting to local groups. Volunteer in your own community where your expertise is valued and you can choose an organizational partner that you trust. Your time is most valuable closest to where you or your area of expertise. Therefore, you are most useful volunteering in your neighborhood with a community group, or doing your professional work pro bono for an organization you believe in.

The third case is the one that really intrigues me. People want meaning in their lives, and in their philanthropy. They want a sense of belonging and meaning that doesn’t come from their Visa card. Change.org and Jumo were efforts to capture this desire for connectedness and meaning, but I don’t think either one quite hit the mark. Eventually someone is going to find the magic sweet spot of doing, giving, and belonging, and they will have an incredibly powerful source of support and funding. (Maybe the Obama 2008 campaign is an example?)

If you want to feel like an actor as well as a donor, you can fundraise. Reaching out to people, advocating and bringing in money is more active than handing over your credit card number. Many organizations have networks of fundraisers, and if you develop a long term relationship with one group you become an insider, not an outsider.

If fundraising is not your thing, I can suggest you do is become an ethical purchaser. A middle class consumer in a wealthy country has a lot of buying choices to make. You can choose sustainable, ethical products and you can refuse to do business with companies that harm the world.

It’s nearly impossible to pressure governments. See our current Syria mess as an example. Governments have taxes and armies and therefore the power to coerce. But you can pressure a corporation. In the end, corporations need customers, one way or the other. The fear of losing those customers is a motivator for corporations. No matter how big a corporation is, a big enough media mess and the threat of customer boycott can scare them. Any one of us can make that mess. Think of Molly Katchpole, the Bank of America card fee woman.

Yes, big business is, well,  big. And there is a global capitalist system pushing us all in single-profit maximizing direction. But there are levers, and if you’re reading this blog you have the internet skills to find and push them.

So, if you want to make a difference, the first thing you need to do is give money to professional aid agencies that run programs that actually work. Doing that is enough. But if it doesn’t feel meaningful, then become a fundraiser, volunteer in your own community where your time is most valuable, and become an active, ethical consumer.