This is an important, useful, well-written book. And it’s not all that long, so there is really no excuse not to read it. The book looks at the Darfur advocacy movement, and seeks to answer two major questions: 1) Did the movement have an impact on US policy in Darfur and 2) How much impact could the US actually have on the situation in Darfur?

To answer these questions, Hamilton has done an exhausting amount on research. She has talked to just about every major player on Darfur, from US State Department and USAID officials to Darfuri refugees, Sudanese government officials, and the leaders in the Darfur activism groups. The result is a dispassionate, even-handed analysis of what went wrong in advocacy for Darfur.

It turns out I am terrible at writing book reviews (sorry everyone who’s been sending me review copies!) so I’ll move on to some bullet points that I took down as I read the book:

My overall conclusion: buy this book. It’s useful for anyone who wants to know more about Darfur activism, or learn about international activism in general. I am very glad I read it.

Here’s the Amazon (affiliate) link if you want to buy:

I’ll put up my review on Tuesday, but I’ll get us started now, with a brief interview I did with Rebecca last week:

AS: What made you decide to write this book?

RH: Genuine curiosity on my part. I was at Harvard being supervised by Samantha Power, talking to the people who believed that creating an outcry would make a difference. As it became clear it wasn’t working, I wanted to know why.

AS: Did writing the book upset anyone?

RH: It was a genuine research question, and the people I was speaking to had similar questions themselves. They also wanted to know if this isn’t working, then what are we doing wrong? It was probably helpful that I came from that movement, and that I really made an effort to talk to people in the advocacy movement. I didn’t come at this with a certain belief. My position was that for the most part, most advocates were driven by good impulses, but that doesn’t mean you can’t be critical of what they ended up doing.

I wasn’t coming into this with an agenda, and people trusted that.

AS: Fighting for Darfur is a book about the Darfur advocacy movement, not necessarily Darfur itself. If people want to read a companion book about just the situation in Darfur, what would you suggest?

RH: A Short History of a Long War, by Alex de Waal.

AS: In the book, you talk about lessons we can learn about advocating on genocide. Are there lessons that international advocacy in general can take from this?

RH: Be clear about what your theory of change is. I think the advocacy community – and I was part of this as a student activist – took too much for granted about what the right theory of change was. It was derived from Rwanda and didn’t update for new context. Not only because Darfur was not Rwanda but because the world had changed and the US position in the world has changed, and pushing Washington was one very small part of the story.

Recognize we are not in a position where the US has ultimate hard and soft power in every situation of mass atrocity. It’s also about how to move other actors in the global geopolitical realm.

None of these things are facts. Part of the problem with Darfur is that we took the lessons of Rwanda and just superimposed them. I hope the message people take away is not just to cut and paste directly onto the next situation. In another decade the may be situations where the US is the best actor.

We have to be very careful about how we apply lessons learned.

AS: Were there subjects you’d like to have covered in more detail in the book but didn’t get the chance?

RH: The draft I submitted was nearly twice the size of what I submitted. I felt hugely constrained by word limits. There was so much. I was already pulling together 2 strands of the story – the advocacy community and the diplomatic realm, so the third strand of Darfur I had to remove. I had to take out broader questions on peacekeeping and what we can expect of peacekeepers.

The other was spending more time on this shifting geopolitical moment, where US influence is not at its height but it’s not clear what role China and BRIC will play in preventing mass atrocities. It would have been nice to keep in those broader questions.

AS: Do you have another book project planned? What are you doing right now?

I have ideas on new projects, but for the moment I feel like I haven’t finished this one. I still have a lot of work to do just getting the messages from Fighting for Darfur out into the public realm, and I want to focus on that. 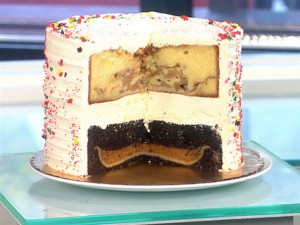